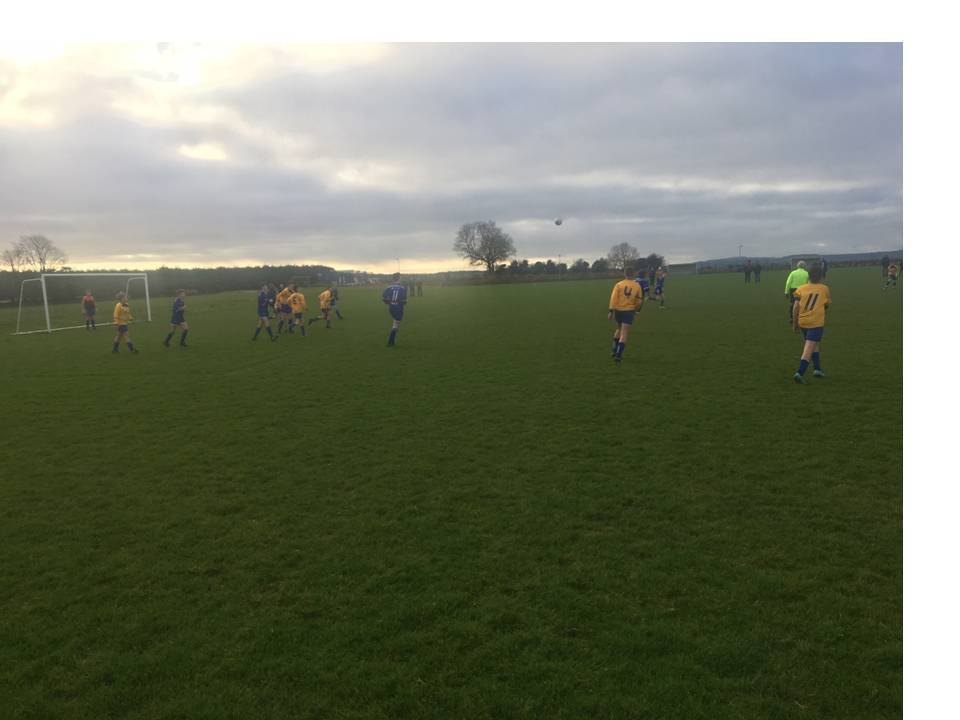 WALKWAY MEMBERSHIP: A reminder that 2020 walkway membership is now due. Cost is €15 per person and will cover you from January 2020 to end of December 2020. Under 18's are free! You can pay in person at the Club Rooms from January 14th to January 17th from 7pm to 8.30pm or click hereto renew online.

FIXTURES: due to other commitments, I am unable to enter fixtures in Clubify, however you can check out the Kilkenny & District League websitefor details.

MATCH REPORTS: Thanks to Paul Hearne and Lacko for the following U15 match reports.

Deen Celtic Athletic 1 Thomastown Athletic 3. In the Under 15s league Thomastown triumphed over Deen Celtic 3-1at the Princes Ground in Castlecomer and in doing so maintained their 100% record. The game started with town on the back foot but Celtic could not breach the town defence marshalled by Aaron Hughes and Sean Deniiffe. Town came into the game and slowly started creating chances but to no avail. 0n 28 mins a mazy run by the brillant Rory Connellan cause the Celtic defence to give away a corner. From the resulting David Holden corner panic ensued in the Deen Celtic box resulting in the ball falling to Aaron Hughes who made no mistake from 15 yards. Town 1 up at the break. Into the second half the game was to and fro and needed someone to breathe life into the game. Up stepped Eanna O’Keeffe who got the ball on the right wing and ran at the Comer defence evading a flurry of tackles before unleashing a wicked ball across the box where Cormac Moore calmly plundered to the net, Town 2 up after 50 mins . This sparked the Comer boys into action after 60 mins they scored a well worked goal. Thomastown were looking a bit nervy before Ellen Molloy was brought down in the box for a penalty. David Holden stepped up to blast into the right hand corner of the net. Town saw out the game to win 3-1. Best for town were Rory Connellan Jimmy Maher and Ellen Molloy. Up next is Callan Utd in 2 weeks time.

Thomastown U15 Boys entertained Bridge United Boys in United Park on Saturday. With the majority of the team out partying at the disco the night before it was no surprise that Thomastown started slowly. Pinned in their own half for the first 5 minutes they went behind after 3 minutes. The concession of the goal seemed to wake the home team as they equalized soon after when right full Jamie Naddy drilled a shot home from the edge of the box. Things got even better for Thomastown when Frank Kavanagh scored his annual screamer with a curling shot from 25 yards that finished in the top corner. At this stage the home team were well on top and Conor Kelly got in on the act with a tidy finish of his own. With half time approaching Kian McCaul toe poked home to give Thomastown a fully deserved 4-1 lead at half time. The second half started with the home team pressing hard and they got their fifth when Liam Thompson headed home Frank Kavanagh’s corner. Despite plenty of chances for both teams it finished 5-1 to Thomastown. Plenty of good performances with Jack Hearne going well at centre half. Conor Kelly had a superb second half and controlled the game from the centre of the park but man of the match goes to Liam Thompson who was excellent throughout. Team - Eoin King, Jamie Naddy, Aaron Darcy, Shane Simpson, Jack Hearne, Liam Thompson, Adam Arthurs, Alex Begley(C), Conor Kelly, Kian McCaul, Frank Kavanagh. Subs-Sam Magnez, Conal Tobin, Reuben Grace

Fixtures, match reports & a message to all managers

This weekend's fixtures are now on Clubify. As ever, ple...