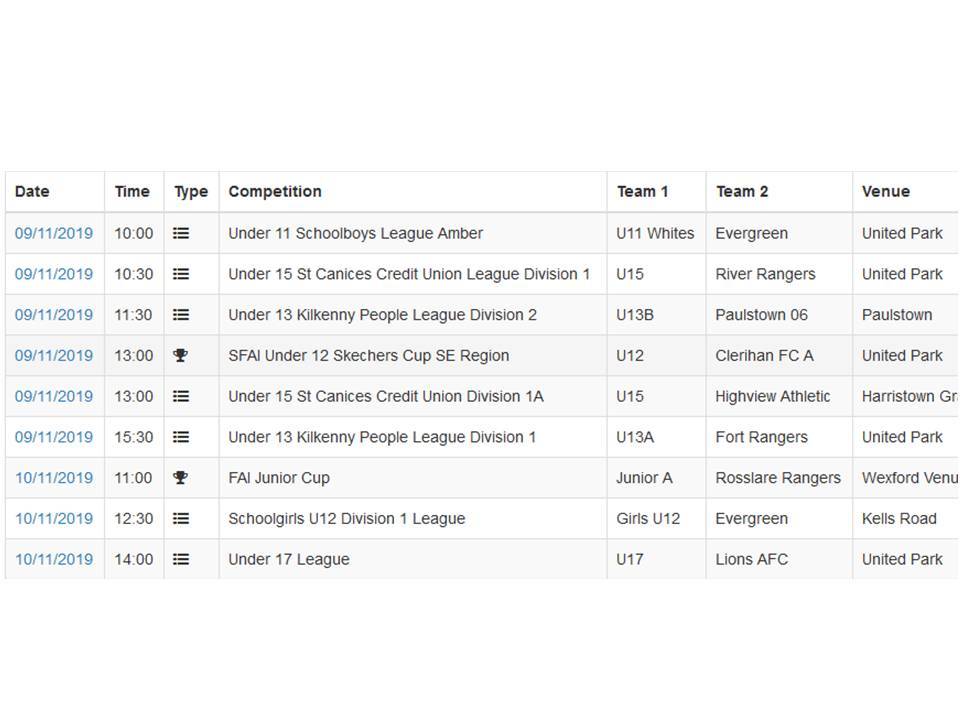 Well done and thank you to everyone who helped out and contributed to the send off for our much loved and much missed club member Jagger. RIP, old friend.

This week's fixtures are now up on Clubify. Good luck especially to the U12's who play in the SFAI Cup on Saturday at United Park at 13.00 - please support if you can.

A couple of recent match reports follow below, apologies that I am a bit behind on circulating these. Thanks to Philly Begley and Lacko for the reports.

Finally a reminder that there are regular 5 a side matches for all ages, abilities and genders in the Astro cages at the club. Contact Willie Lannon on 085 1535565 if you fancy a fun kickabout - the Ladies play at 8.30 pm on a Tuesday, and there are lots of other groups, including a veterans game on Friday nights.

U12 Highview vs Thomastown 2-2 Goals Ott, Nathan. Great performance from the boys going two up in the second half but pitch conditions got us in the end to end up a draw. It could of been worse only for a group of outstanding saves from Dion and blocks from Ben but two players stood out and took man of the match: Dion Cody and Nathan O'Hara. Well done boys keep it up!

U15 Thomastown Athletic 5 Bridge Utd 0. In a rain-soaked Utd Park on Saturday Thomastown Athletic under 15s kicked off their league defence in some style. Prior to kick a minute's silence was observed in memory of their mentor and coach Joe 'Jagger'Wemyss. Thomastown had all the play in the first half and went 1 nil up thanks to the sweet left foot of Rory Connellan. Town thought the had gone 2 nil but David Holdens shot hit the post and Bridge cleared. Thomastown went in at the break 1 to the good. Into the second half Town came out fast and made it 2 nil on 40 mins through David Holden. Jimmy Maher was unlucky to see his effort come off the post on 45 minutes Town were well on top and further goals by Colm Treacy, David Holden and Eanna O' Keeffe gave Town a comprehensive victory. Town had great performance all over the pitch most notably Sean Deniffe at the heart of the defence, Darragh Civerdale an engine in midfield and David Holden a constant thorn in the Bridge defence.