Fixtures, match reports & a message to all managers 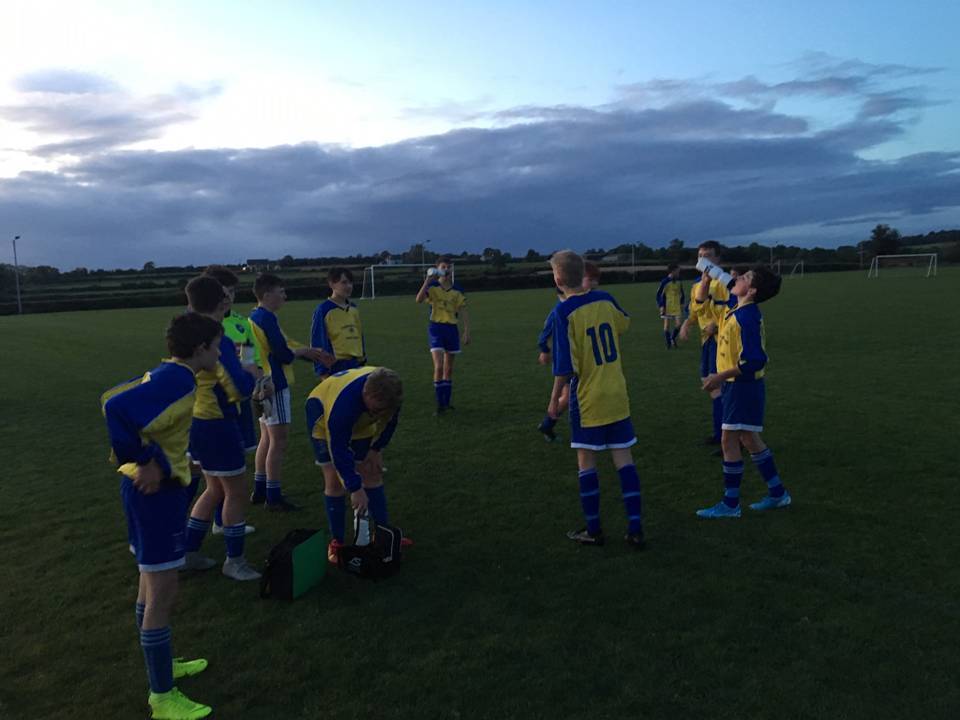 This weekend's fixtures are now on Clubify. As ever, please double check details with your manager. Message to all managers: please check the email I'm about to forward you from Bertie about player registration. A couple of match reports follow:

Paul Hearne's U15's: League favourites Highview Athletic were the visitors to United park on the last Friday in September to take on Thomastown U15 Boys. The home side, already without three of their front players, lost stand in centre forward Daniel Kelliher to injury before the game, so right full back Jamie Naddy was shunted into the number 9 position with Conall Tobin taking Jamie’s place. Highview aided by a strong breeze and the low sun pressed Thomastown hard but left full Aaron Darcy was doing well to push their danger man away from goal when he was trying to line up his hammer of a right foot. The home team’s first chance came from a lovely through ball from Kian McCaul who released the pacy Jamie Naddy, and Jamie forced the keeper into a good save. Not to be deterred Jamie was put through a few minutes later but the defender recovered just as the Inistioge man was about to pull the trigger. Highview were still threatening but the Thomastown defence led by Shane Simpson was holding strong. The home team looked more likely to strike first and they took the lead when a Jack Hearne free kick was flicked on by Kian MaCaul which set Jamie through again and he made no mistake this time with a clinical finish. The goal sparked Highview into life and for the remaining 20 minutes of the first half they camped in the Thomastown half. The equalizer came with 10 minutes left in the first half from a shot which took a wicked bounce over goalkeeper Eoin King. Half time couldn’t come quick enough for the home team and thanks to a couple of good saves from Eoin a frantic first half finished level.

The second half started much the same as the first with Highview pressing and Thomastown looking to set Jamie Naddy free. The away team thought they had taken the lead but it was disallowed on a tight offside call. With Highview persisting with a high line the home side always looked dangerous and retook the lead when Adam Arthurs played a superb reverse pass which released Liam Thompson who showed great strength and skill to finish brilliantly on the run from just inside the box. This set up a hectic last 15 minutes and Highview looked like equalizing when they were awarded a penalty but it went high and wide. The away team piled on the pressure and would have leveled matters only for a heroic block from Alex Begley who threw himself at a rocket of a shot from 10 yards. Highview struck the post but it wasn’t all one way traffic as Jamie Naddy and Liam Thompson also threatened to get a third. Thomastown held on for brilliant team victory. Jamie Naddy not only scored but ran his socks off. Alex Begley and Liam Thompson fought like tigers in the middle of the park with the excellent Adam Arthurs snuffing out the danger in his new role as defensive midfielder. At the back Jack Hearne,Reuben Grace and Aaron Darcy held up strongly under serious pressure and they were led by Shane Simpson who was outstanding throughout and especially in those last 20 minutes.

Latest Covid-19 Update from the FAI

Our first week camp which begins next Monday (27th July) ...