Fixtures - plus a reminder to please support SPLIT THE POT! 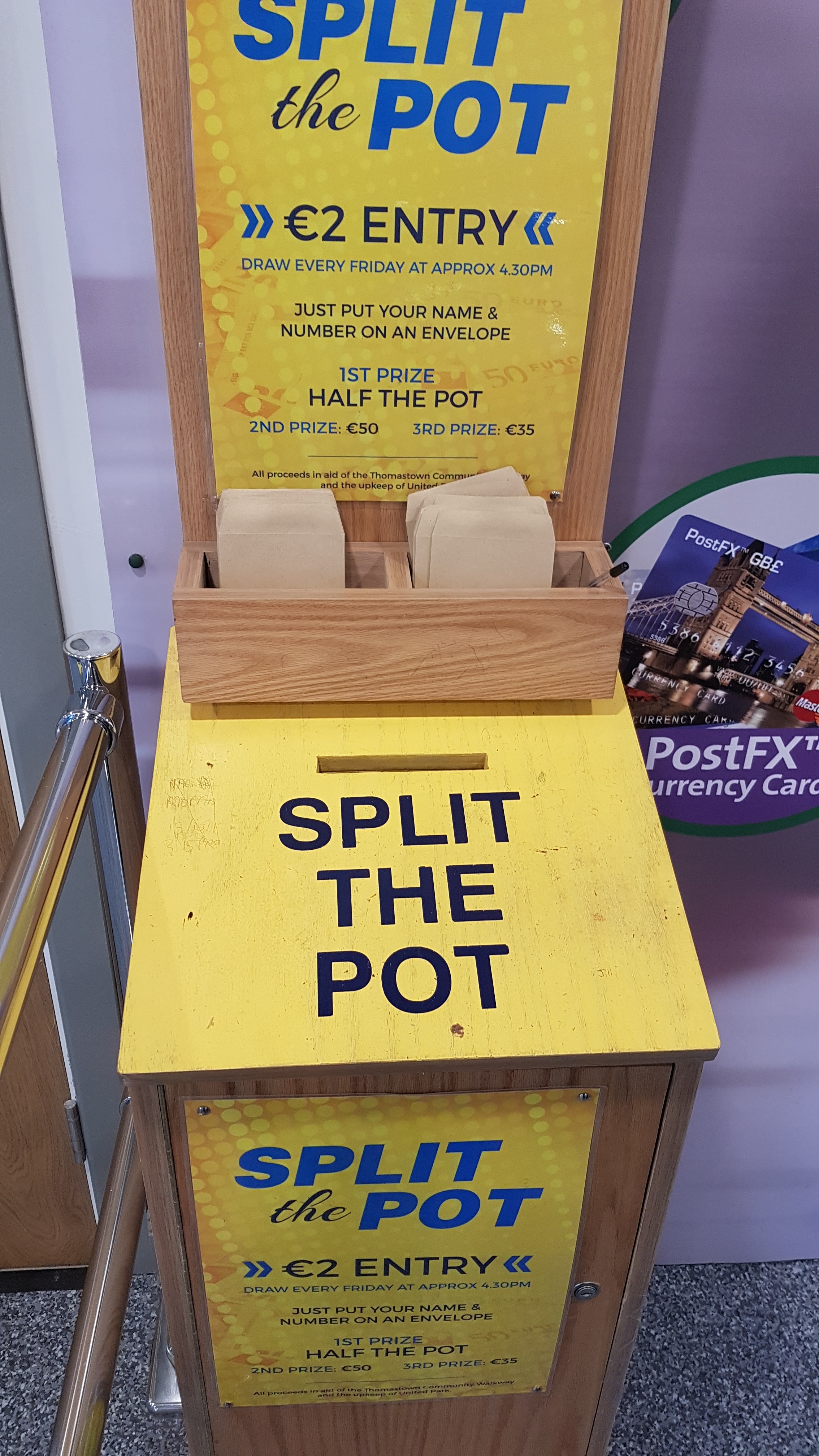 Just the two fixtures in the next 7 days: on Saturday 22nd June the Girls U12 take on Lions AFC at United Park at 15.30, whilst the U12's are away to East End United at Bennettsbridge on Tuesday 25th June at 19.00.

Also, a reminder that Split the Pot is a really important weekly fundraiser for Thomastown United, and entry costs just €2. The draw takes place every Friday evening, so make sure you have entered by 3pm on Friday! (see the United Facebook page for details of the venue). 50% of the monies collected go towards the upkeep and development of club facilities and the Community walkway, with the other 50% going straight into the prize fund – so the more people who play, the bigger the pot! First prize is half the pot, with second prize of €50 and third of €35. Split the Pot is vital to the smooth running of the club, so please support ! We have boxes in 16 locations across the town: Supervalu, Treacys Homevalue, Dunphys Centra, O'Keeffes, Credit Union, Dino's, The Jerpoint, Kullens Kitchen, Careys Bar, Thomastown Community Helpers, O'Haras Bar, The Sportsmans, Tims Bar, St Columbas, Prendergast Butchers and Bridgebrook Arms. Thanks and good luck!