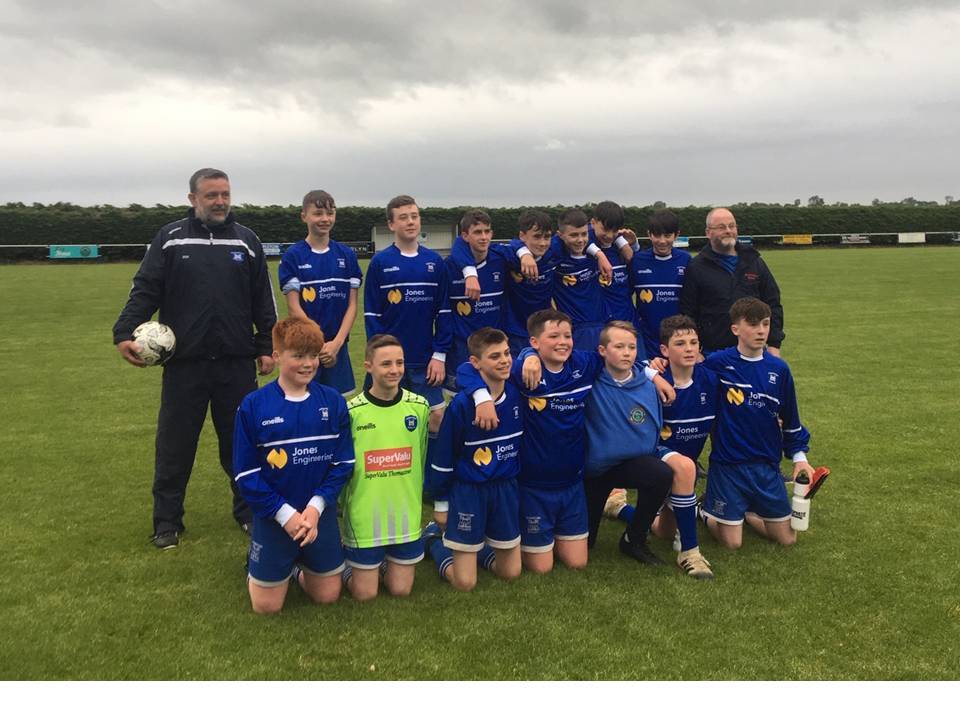 Well done to the girls U14 team who beat Lions AFC 5-0 last Wednesday week at United Park. Roisin McElwee was the star of the show with 4 goals, with Jenny Beirne Bowen notching the other strike. Another fantastic all round performance - all the team were fabulous!

Thomastown U14B finished their season with a home game against Evergreen City. The home team started well & dominated possession but found it hard to break down the Evergreen rearguard. Strikers Jake O’Carroll & Sam Magnez stretched the away teams defence but found the Evergreen keeper in commanding form.Adam Arthurs, Frank Kavanagh & Alex Begley all had good chances blocked with some last ditch tackles & from a Frank Kavanagh corner Alex Begley saw his header thump off the crossbar. The pressure from Thomastown nearly paid off when Jake O’Carroll set off on a mazy run down the right & when he pulled the ball back to Kian McCaul a goal looked a certainty but the shot went right & wide. Evergreen took the lead with their first attempt on target with a free kick buried to the roof of the net. It was tough on Thomastown but they finished the first half 1 down. The goal seemed to give the away team more confidence as they posed a bigger threat in the second half but both fullbacks Conall Tobin & Reuben Grace were playing well to keep the score at 1. Thomastown thought they had leveled the game with a Frank Kavanagh shot which hit the crossbar & bounced a good yard behind the line before spinning out but referee Lee Kill was too far behind the play to see it. The home team did equalize moments later when some good interplay at the edge of the box released Jake O’Carroll to finish to the bottom corner. Evergreen were still a threat but found stand in keeper Jamie Naddy withstanding everything that was thrown at him. Thomastown then took the lead with the goal of the game. When Sam Magnez picked up the ball at the half way line there didn’t seem much on but he put on the afterburners & left the Evergreen full back for dead & from a tight angle played an exquisite chip over the onrushing keeper. The Thomastown back four & keeper Jamie Naddy stood strong to repel the Evergreen search for an equalizer & they secured the points with 5 minutes to go when under pressure from Jake O’Carroll the Evergreen full back put the ball past his own keeper .The game finished 3-1 & Thomastown had good performers in Alex Begley & Jake O’Carroll but man of the match goes to Conall Tobin at right back who was rock solid throughout.