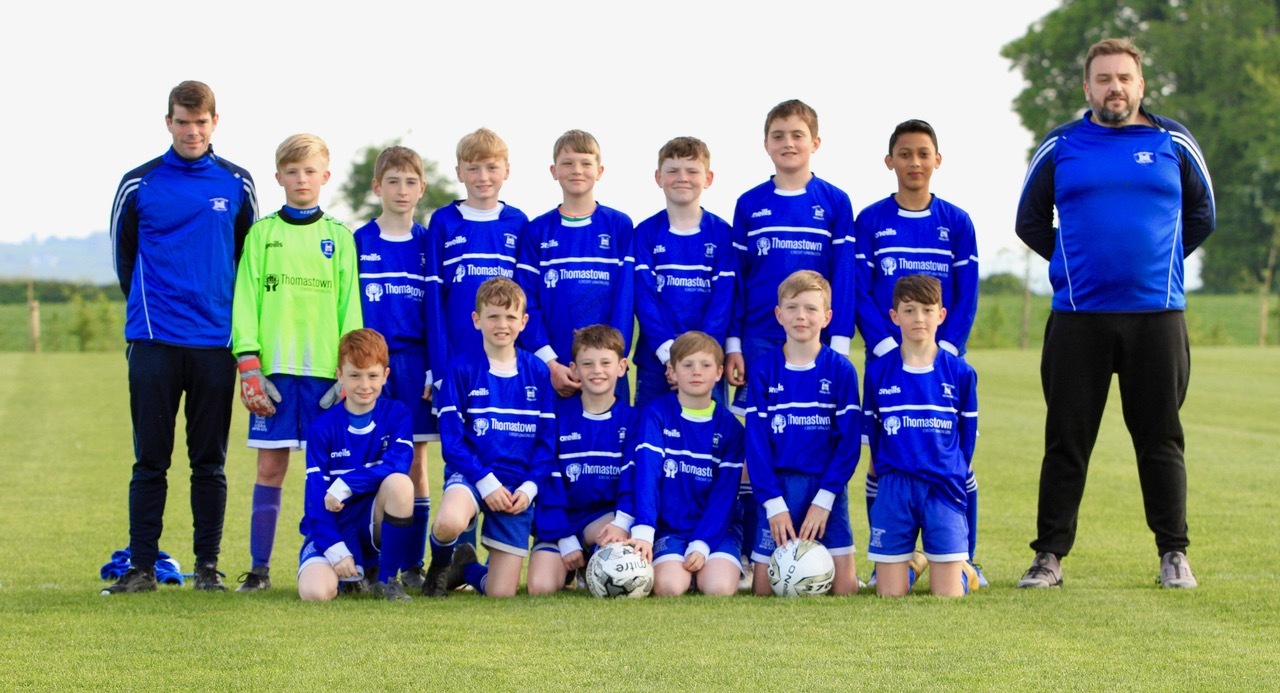 A beautiful sunny evening in Thomastown this week brought second placed Callan A u12s to play our third placed U12A team in an important fixture with both teams looking for promotion this season.

It wasn't long in the match before Thomastown broke the deadlock. Conor Barcoe raced down the left into the area before cutting back for Albi Paul to poke the ball under the keepers legs for his 4th goal of the season. With an immaculate playing surface, Thomastown's passing game was in full flow with midfielders Dara Dack & Aidan Grummell constantly spreading the ball left and right to their wings backs Oisin Farrell and Cian Doherty, who were a constant threat down the flanks.

The pressure told just before half time as Conor McCall started a move down the right which ended with Barcoe cooling slotting the ball past the keeper. Within a few mins he added another crucial goal which put Thomastown three up on the stroke of half time.

In the second half, Thomastown relentlessly chased down more goals and brought more pace into their team with Roman Connolly and Daniel Nolan stretching the Callan's defence at will. With Tadhg McMahon marshalling the defence and Oran Murphy solid in goal they kept Callan to just a couple of chances as attacking football proved the best form of defence.

Dan Begley and Roman Connolly both had chances to extend the lead before Albi Paul used his blistering pace to create a well deserved goal for Morgan O'Toole which put the game out of sight. However the best goal of the game was saved for last as a long ball into the area was punched clear by the Callan keeper right into the path of Dan Nolan who cooly held his nerve to find the top corner from an acute angle.

They will be bigger tests to come but in terms of attacking football this match was a joy to watch at times and the lads move onto their next test full of confidence. (Thnaks to Dam Grummell for match report)