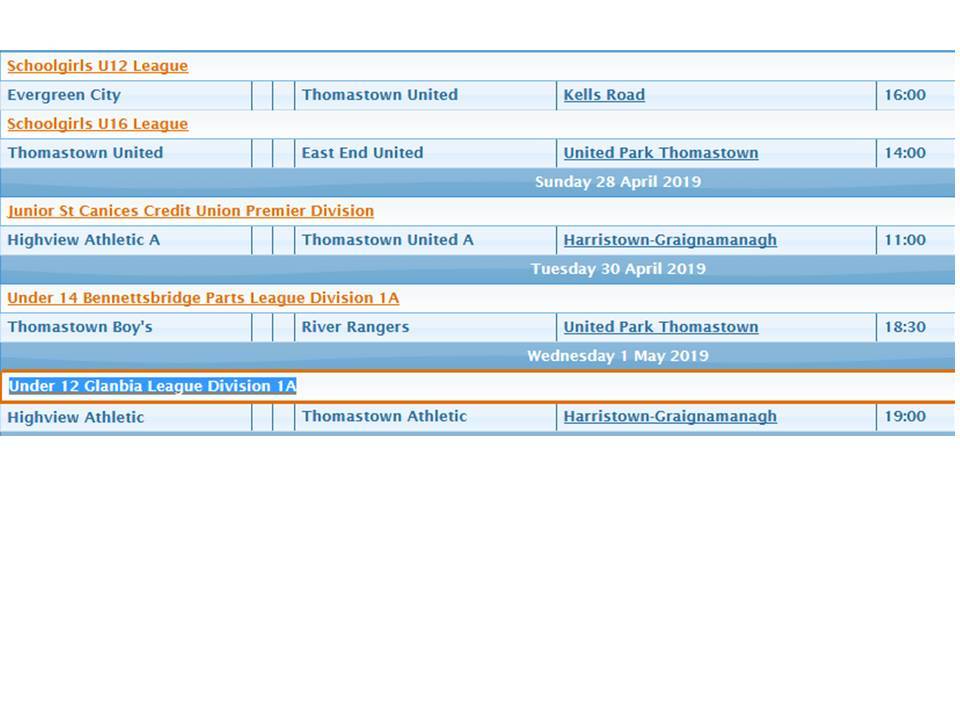 A quieter weekend ahead with just three fixtures, followed by two mid week games. A couple of match reports from last weekend: Thomastown U11B 1-1 Clover Boys. An unlucky result after the boys gave away a soft goal after taking the lead from an Aidan Heafey penalty. The winning goals just didn't come for us. But joint man of the match performances from captain Dion Cody at centre back had the defence on lock down all game, and Ben Nevin put in a stellar performance up front - we threatened so many times but we just couldn't get the ball in the net (thanks to Philly Begley for the report). Elsewhere the U11A team produced another fantastic all round performance to beat Bridge Boys 6-1 in the U11 David Doran Cup.