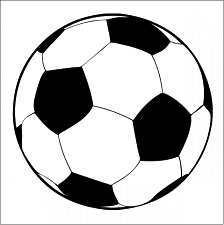 Thomastown U 19's travelled to Newpark Fen to take on Newpark AFC in the Youths Cup on Saturday afternoon. Despite missing a number of regulars, including central defender Mike Murphy out with a broken hand and centre forward Rory Monks with a long term ankle injury, Thomastown would still have been expected to win this one, as they currently top the league . However, Newpark AFC obviously hadn't read the script and had other plans for this tie. They fielded a very strong, physical and skilful side which resulted in a very even game. This was end to end action but the first half finished scoreless despite some chances on both sides as the two keepers were on top of their game, bringing off some fine saves. One save in particular was outstanding as a brilliant strike from Shane Molloy early on was tipped around the post by the Newpark netminder. It was Thomastown who broke the deadlock in the second half when Shane Molloy put a delightfully weighted chip over the advancing keeper. The lead was not to be for long though as a mix up in the Thomastown defence lead to the equaliser and it was back to all square. Thomastown again took the lead when substitute James Drea picked out Stevie Wemyss with a lovely cross from the right and the striker hit it first time on the volley to score in the roof of the net. This wonder strike was to prove the winner as Thomastown held out quite comfortably to the end to get through to the next round on a 2-1 scoreline. This was a good performance all round by the Thomastown outfit, with the central midfieders, Jack Foley and Darragh O' Keeffe working tirelessly and the defence working well as a unit with two brilliant goals thrown in the mix, they just about deserved to advance to the next round.

Split The Pot can now be played online. A lot of us are u...

It has been a difficult year for all and I’m sure we wi...

Stocking FillerWhy not treat someone you love with the g...

You can now purchase or renew membership of the Community...

Thomastown U16 Boys started their league campaign with a ...